On Tuesday, 16 June, 2009 at 10:00 a.m. the students of Franklin Avenue Elementary School were proud to host the Grand Unveiling of Obaminoes.

Here's one view of the complted mural: 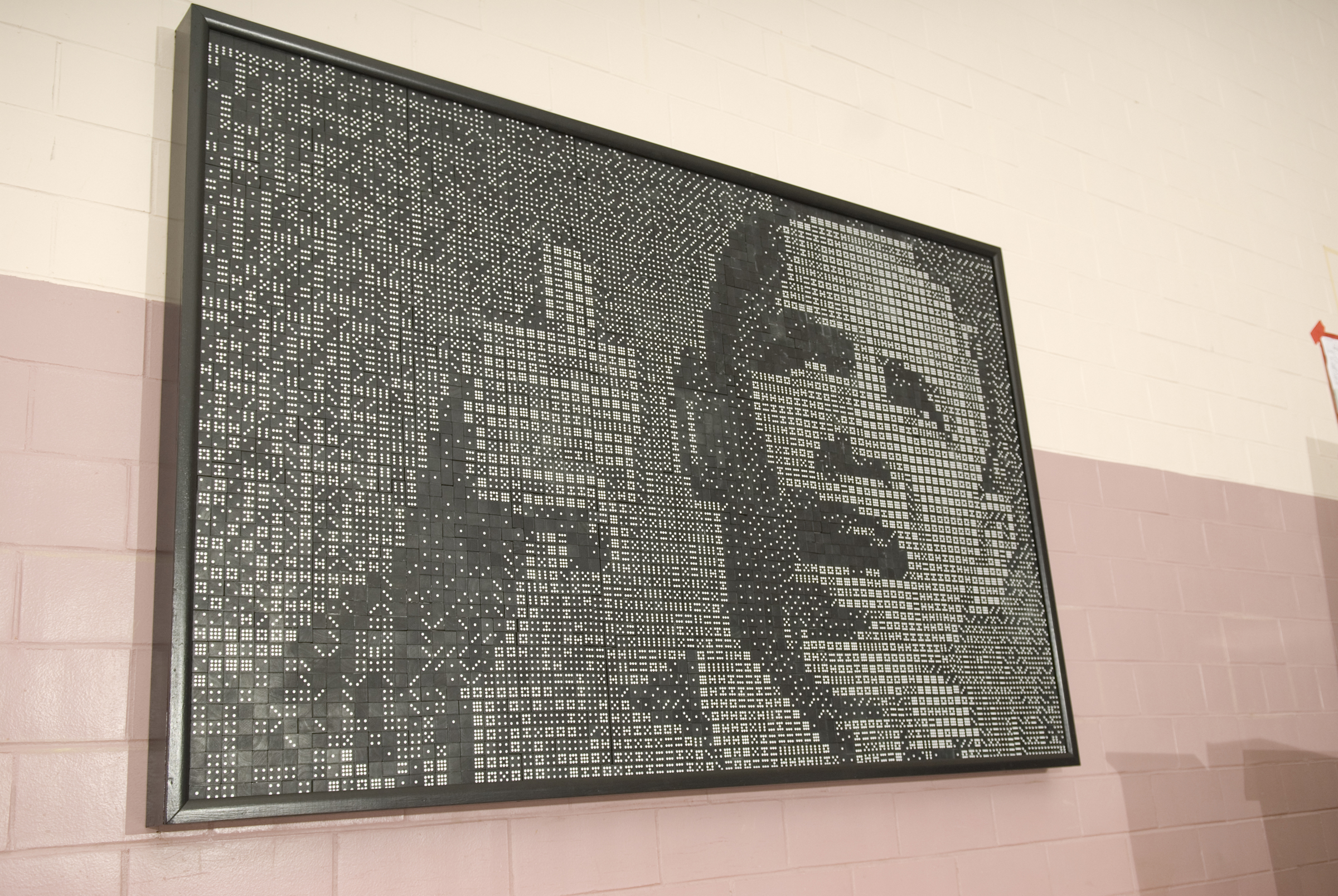 We set up a display which showed the various stages of our project: 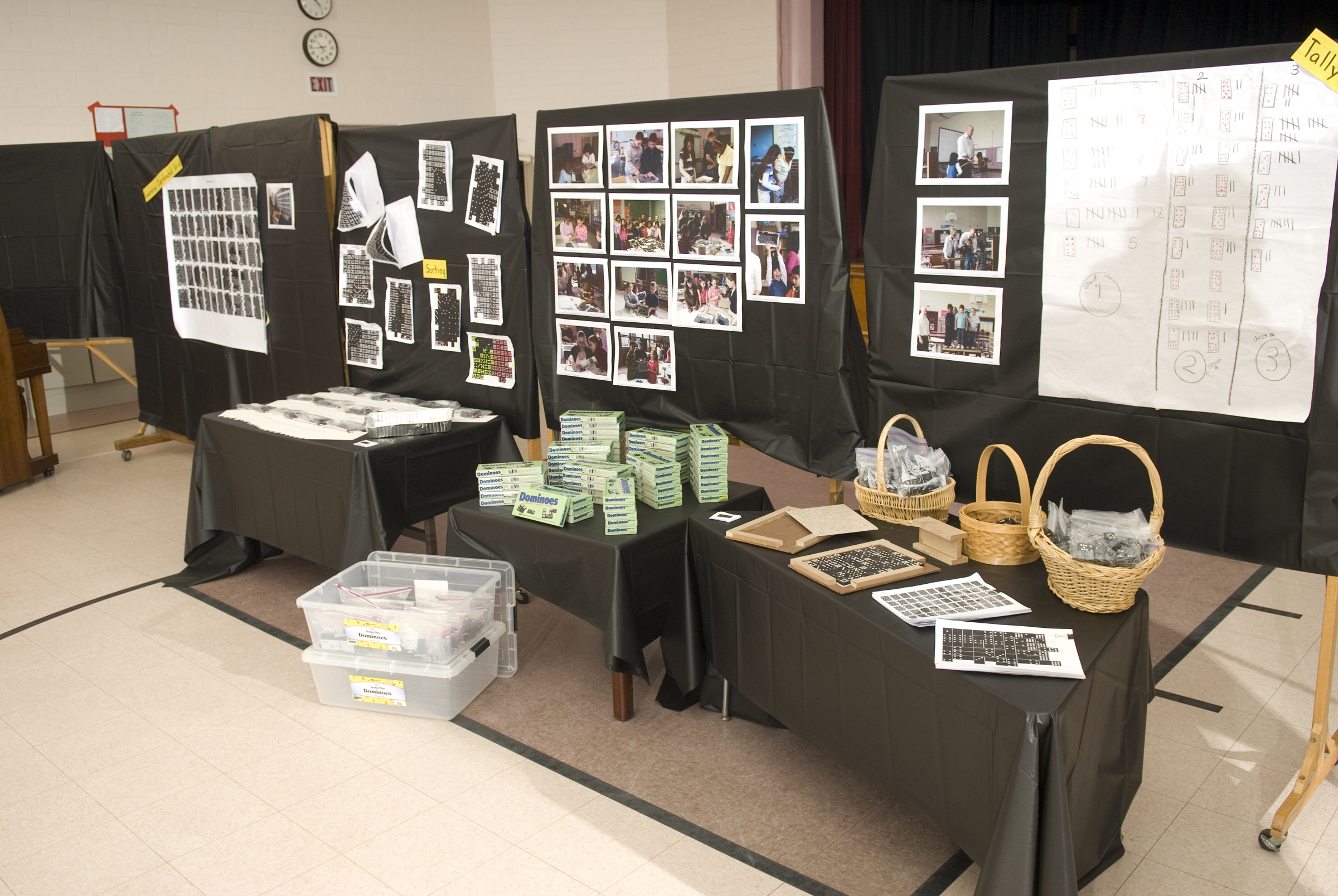 Principal Leslie Clark-Yvon was the MC: 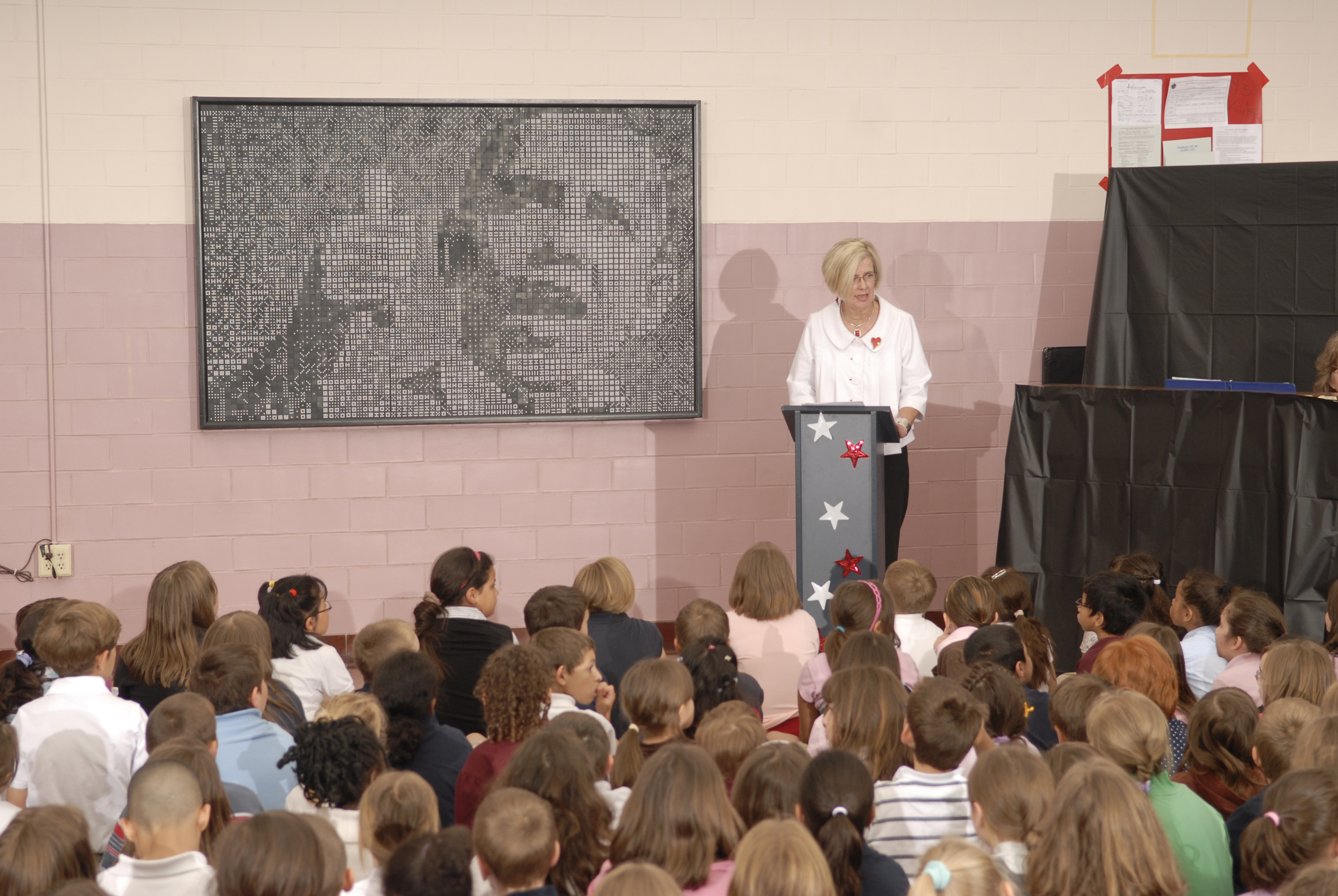 Professor Fleron shared information about the project - from its genesis to its conclusion - with the students describing the many different stages of this project: 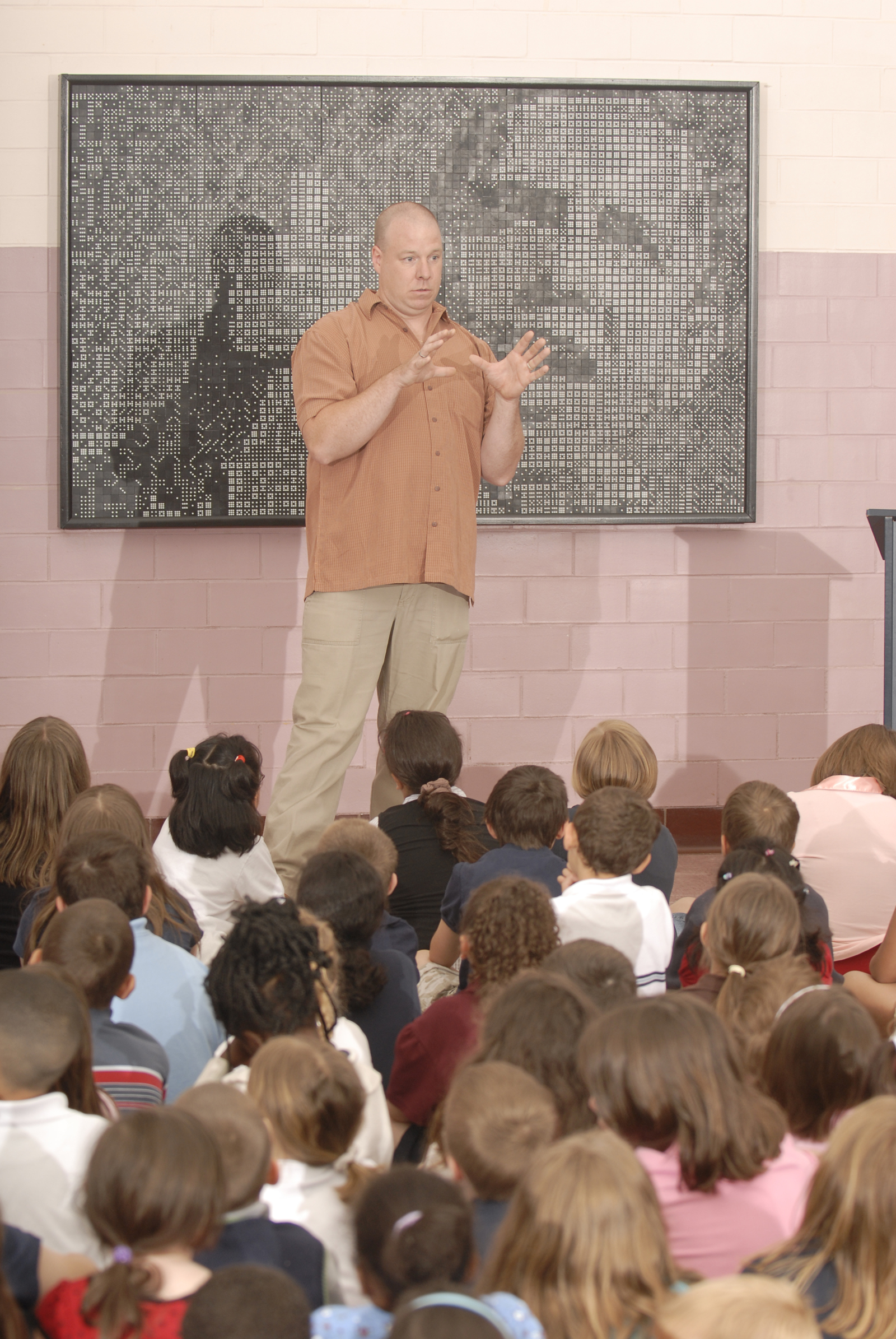 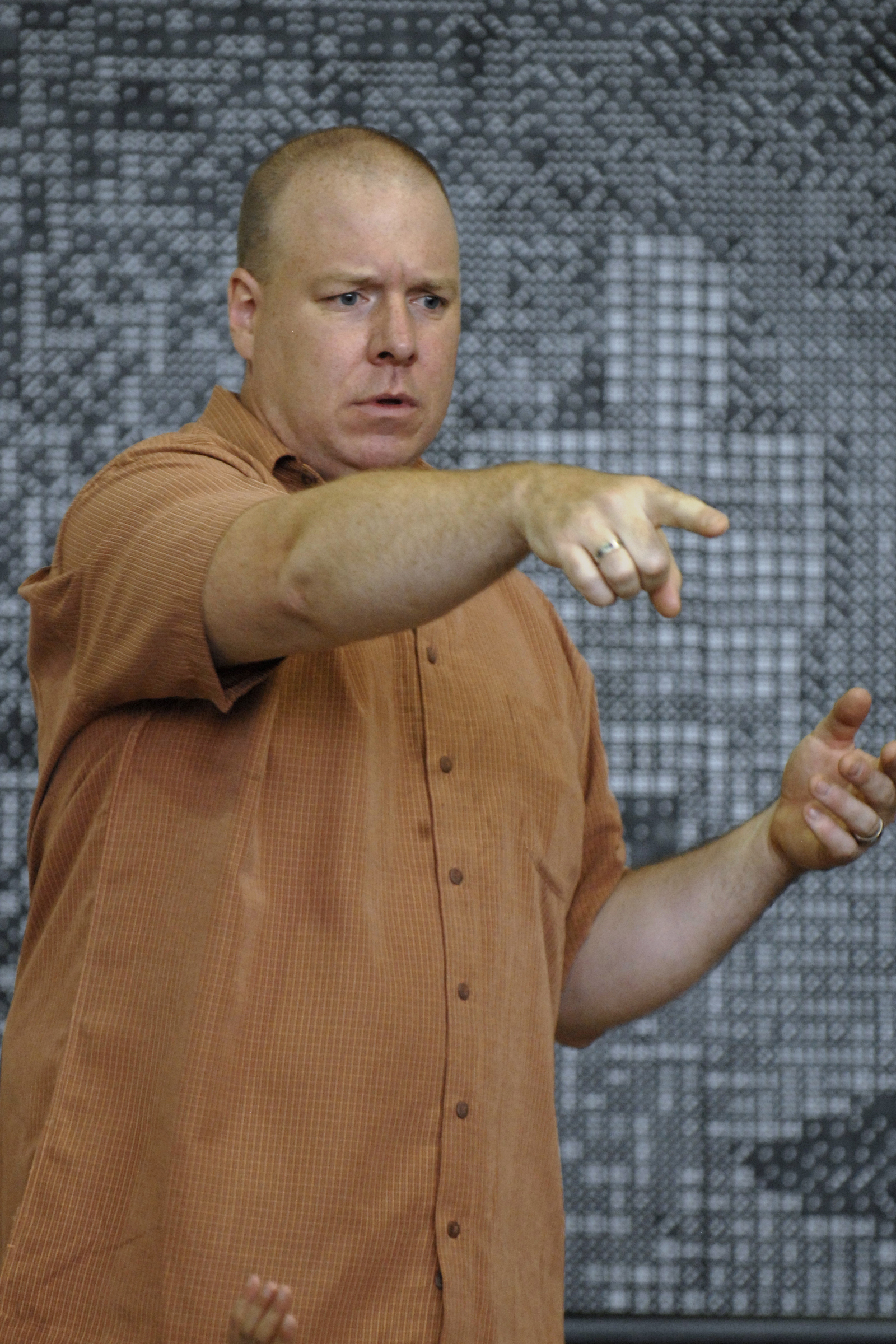 We were honored to be joined by many dignitaries. This includes Agma Sweeney who brought official greetings from Congressman Olver's Office: 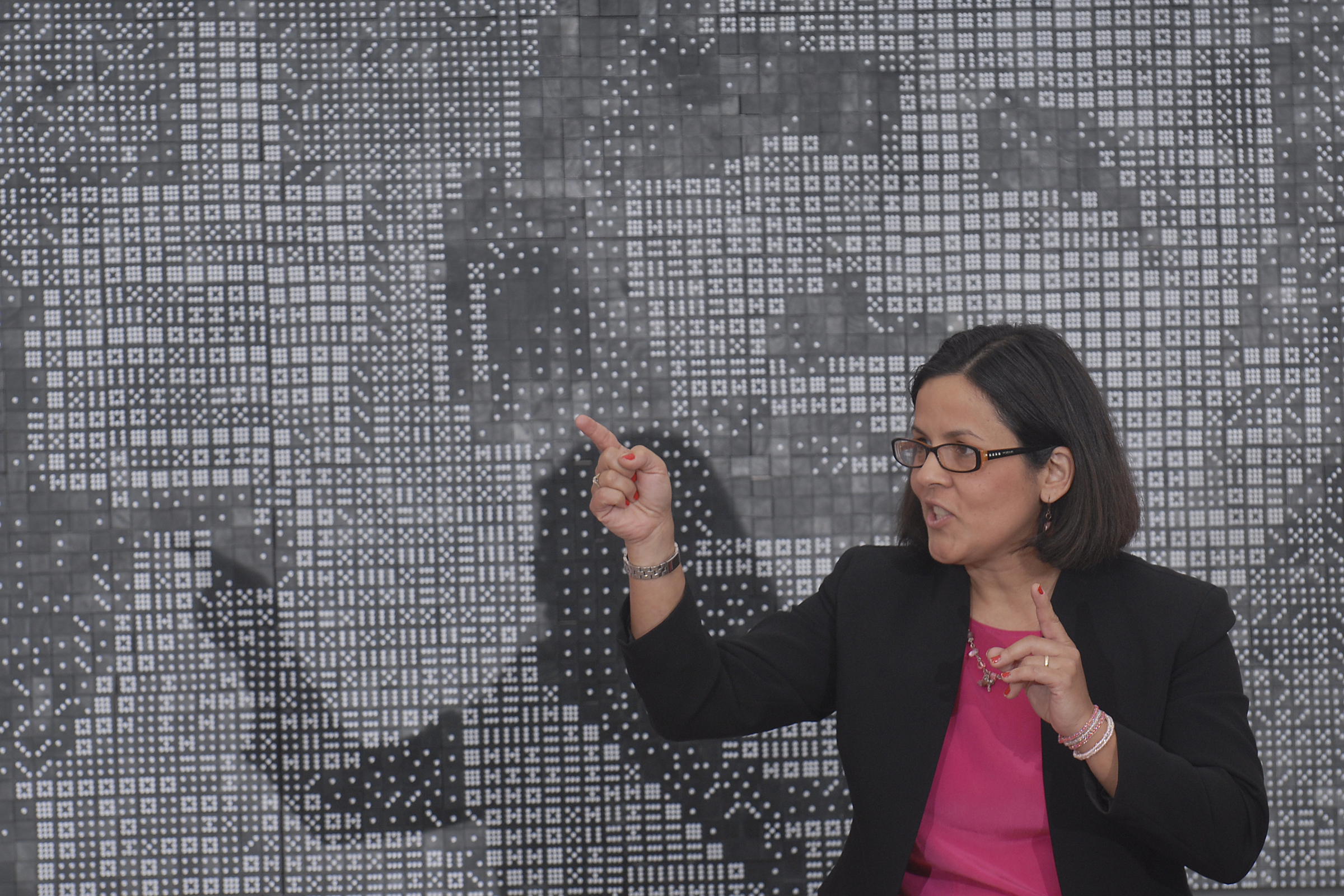 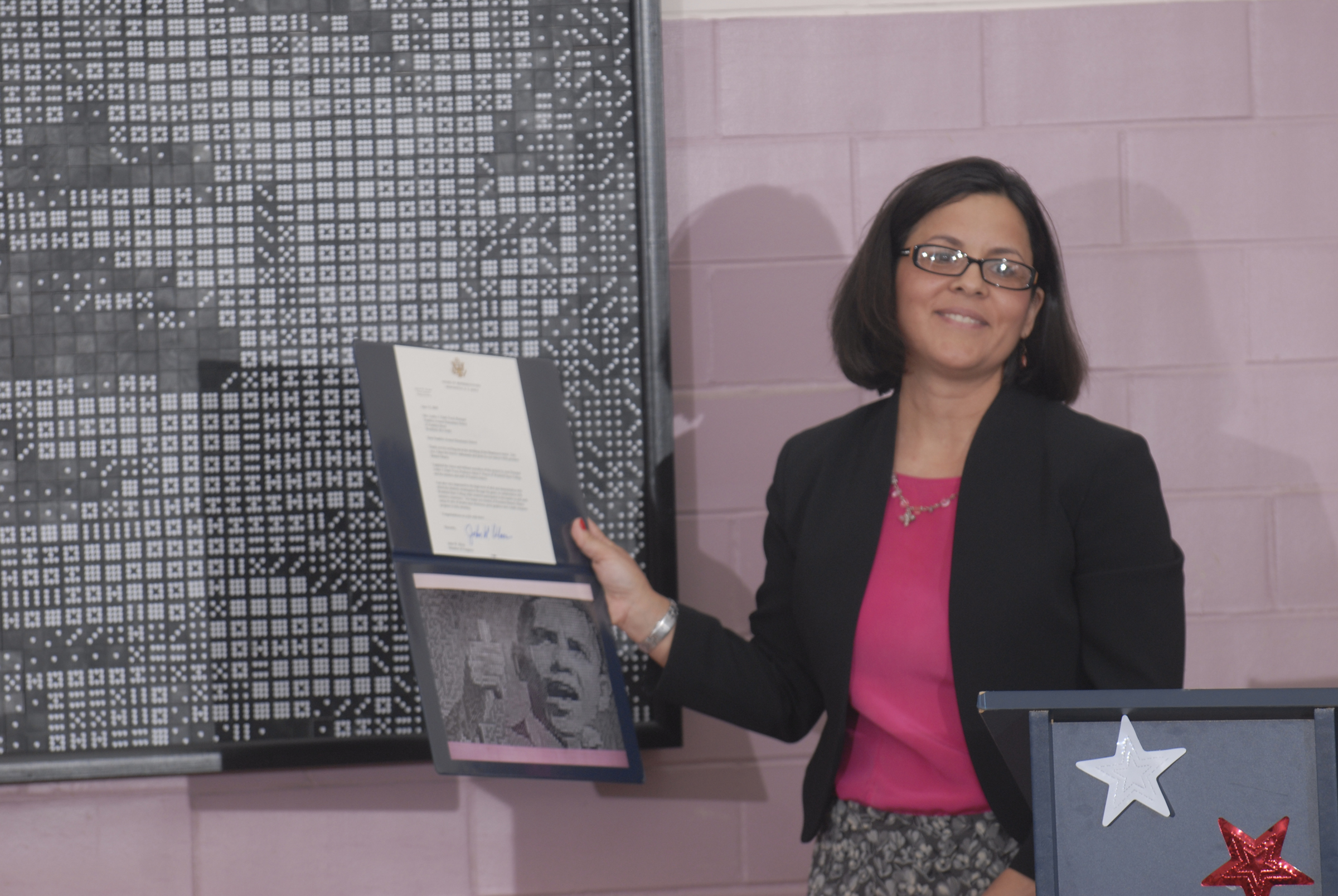 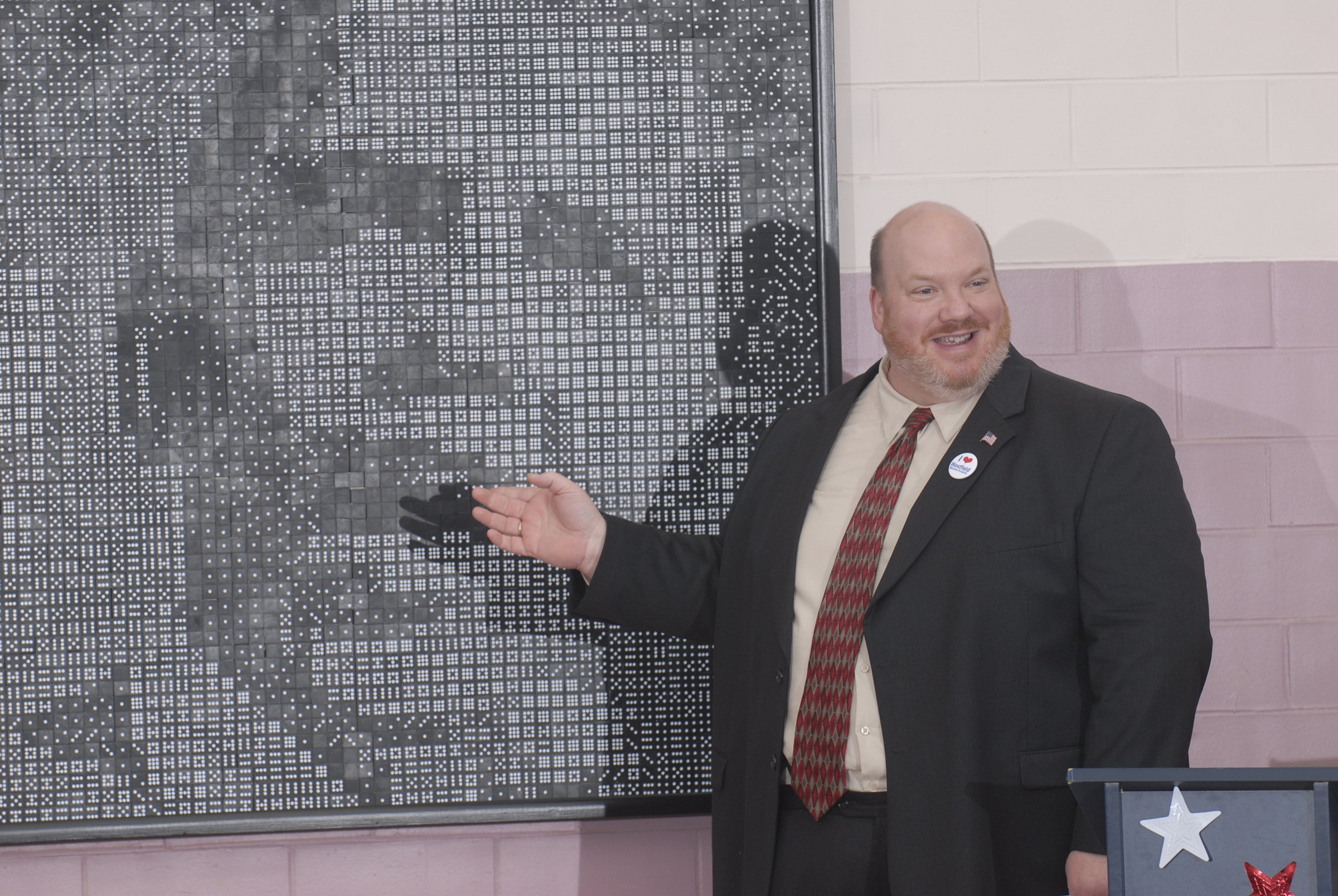 We gathered as a group around our mathematical art: 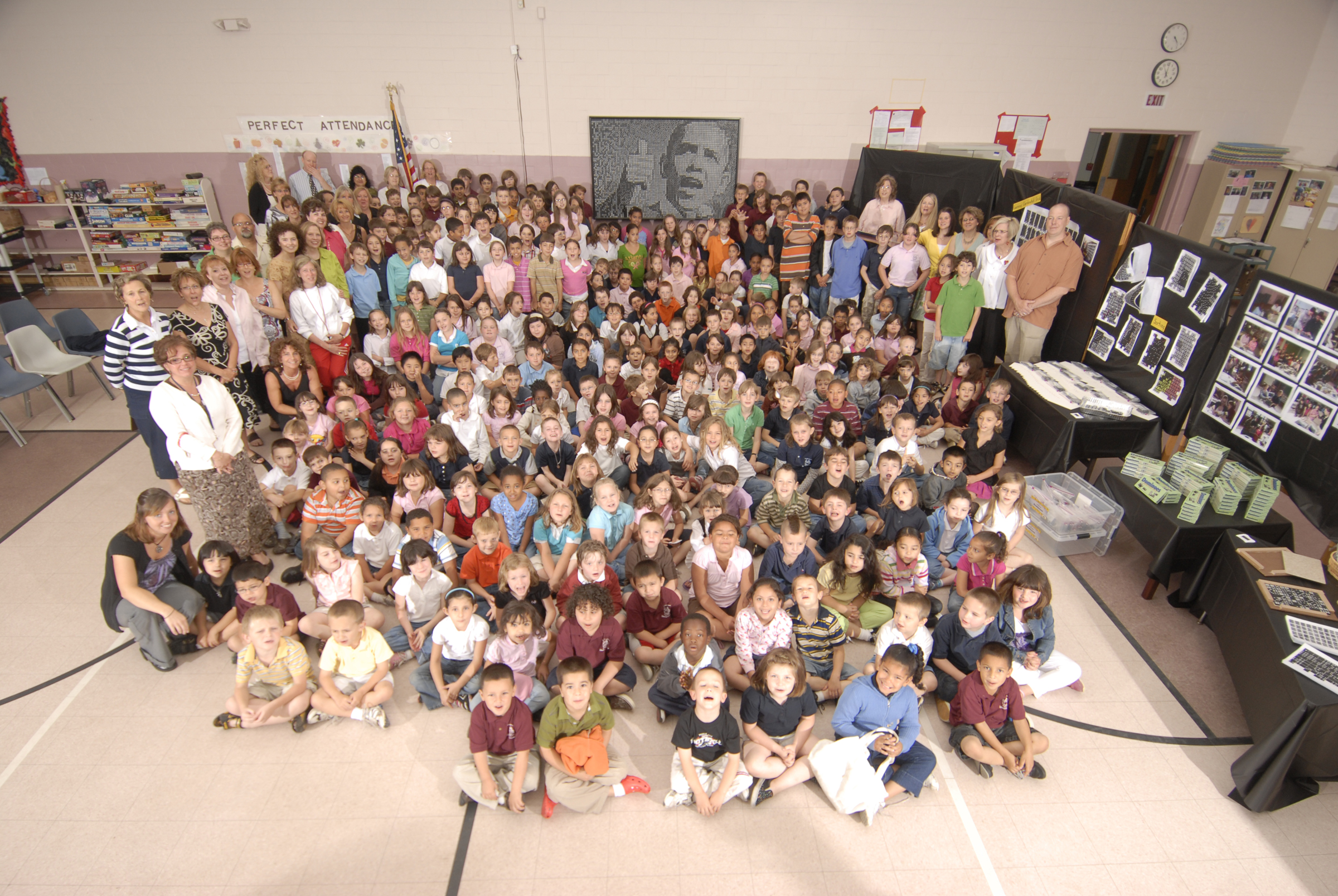 ...with a big thumbs up for a job well done: 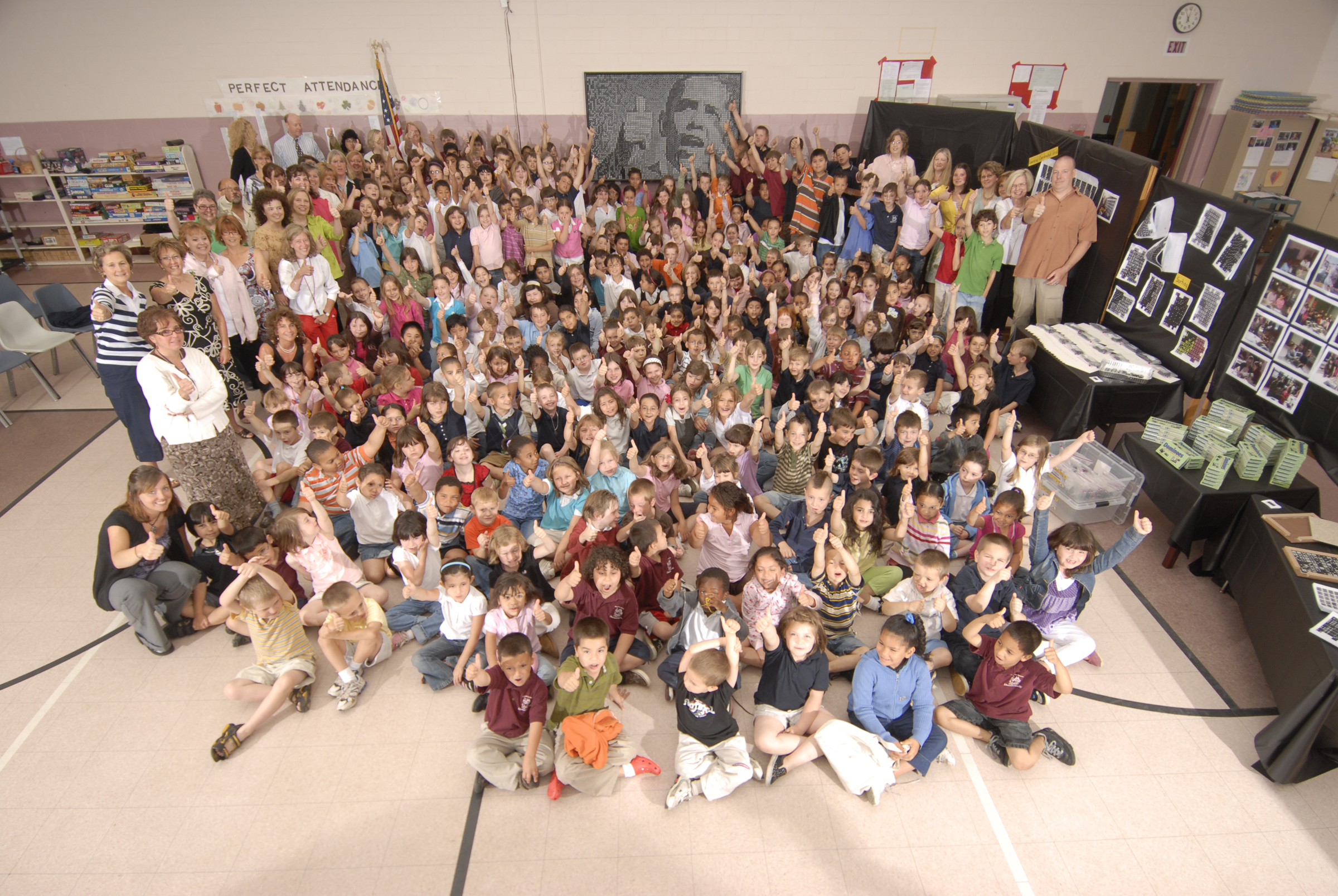 Each guest and all of the students who worked on the project received both a domino keychain and Obama Domino to commemorate the project: 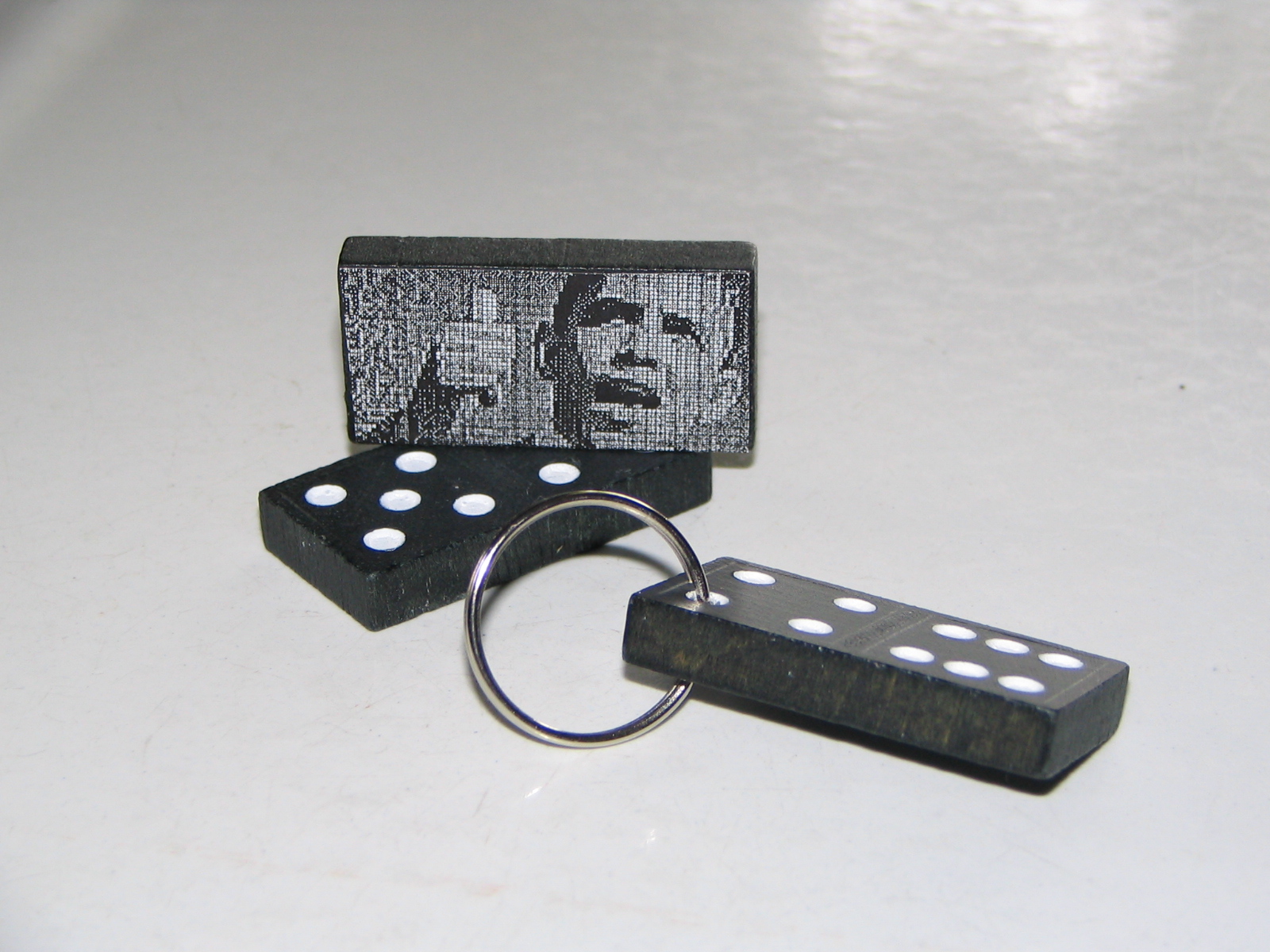 On their way out the student mathematicians/artists shared congratulations with Prof. Fleron: 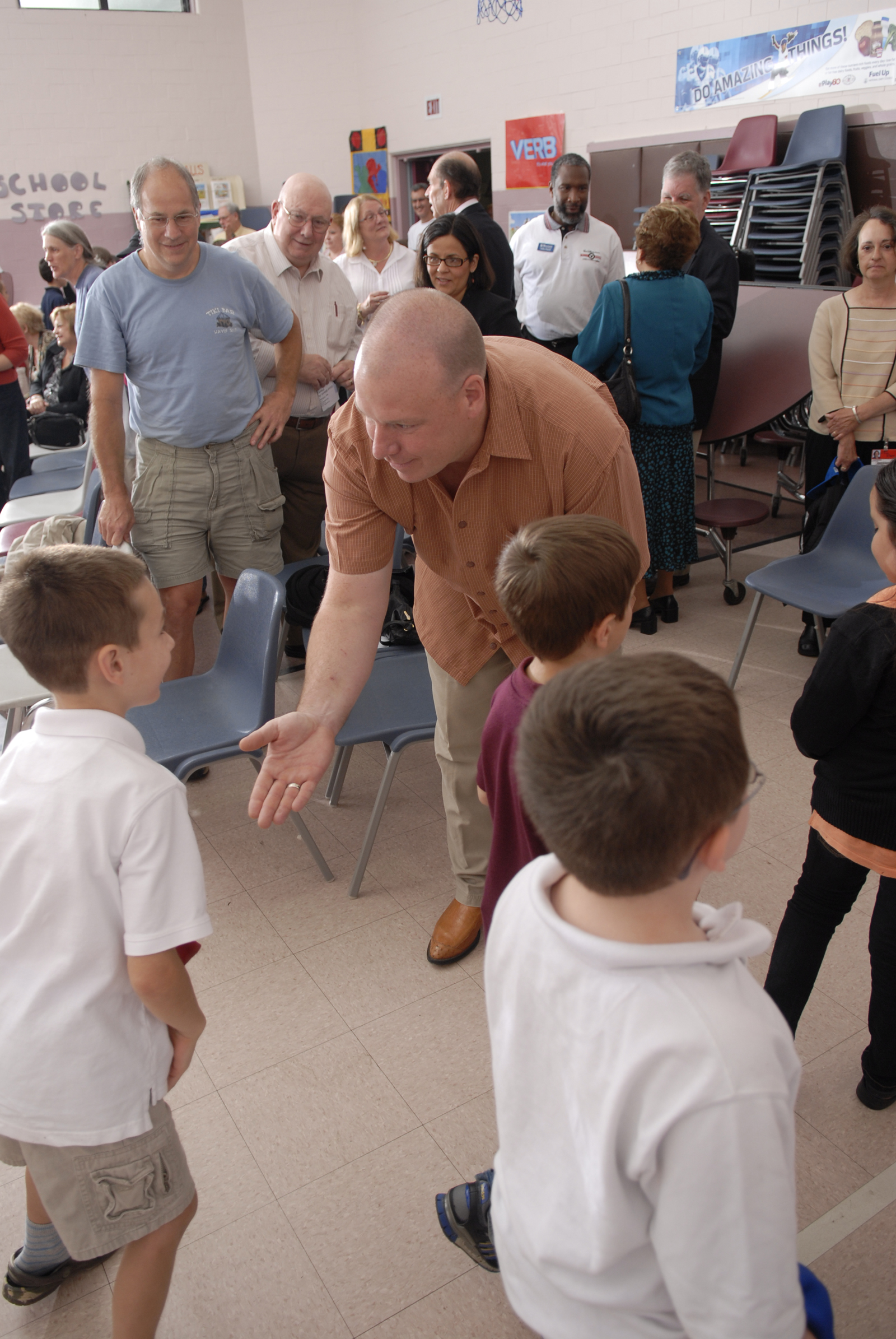 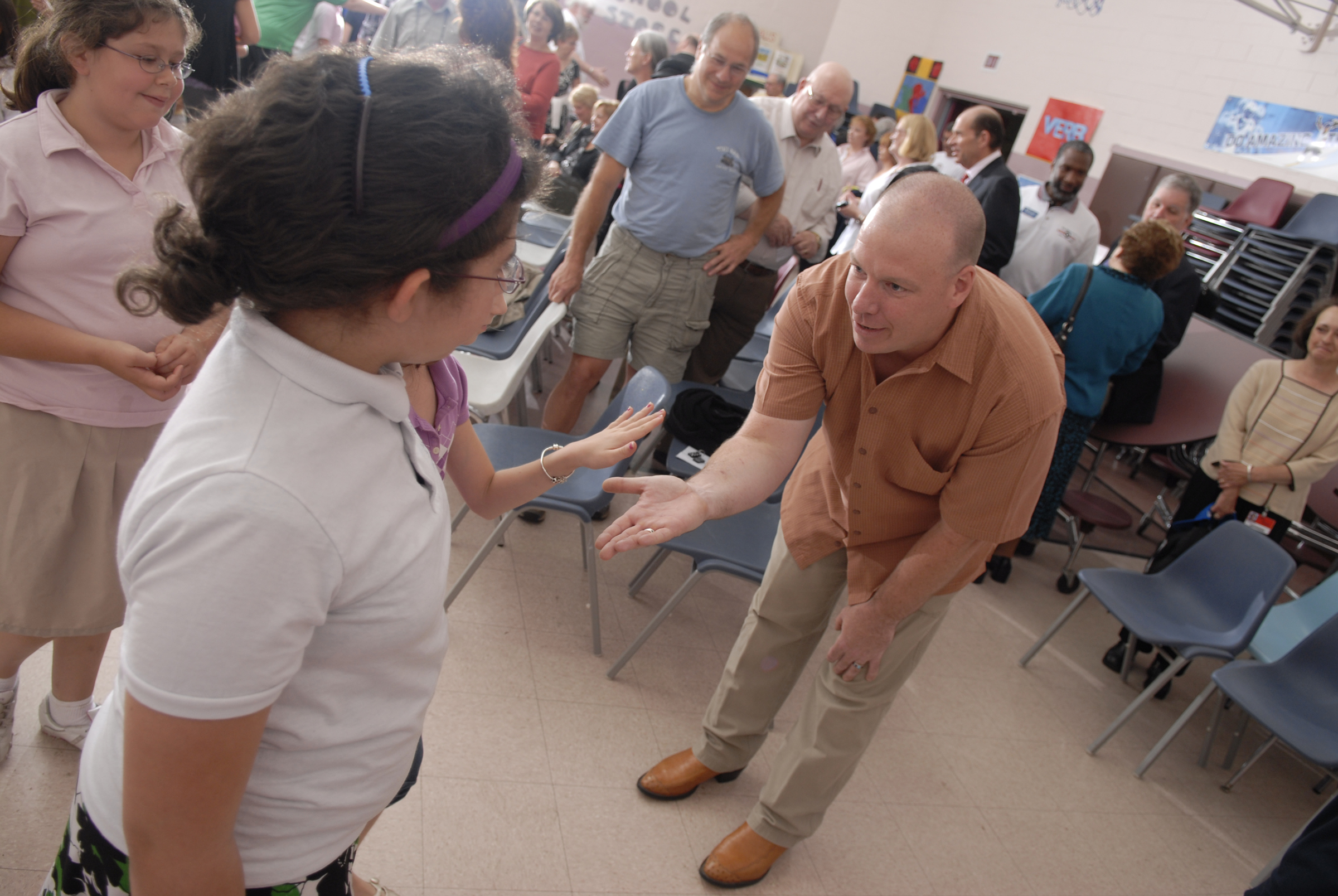 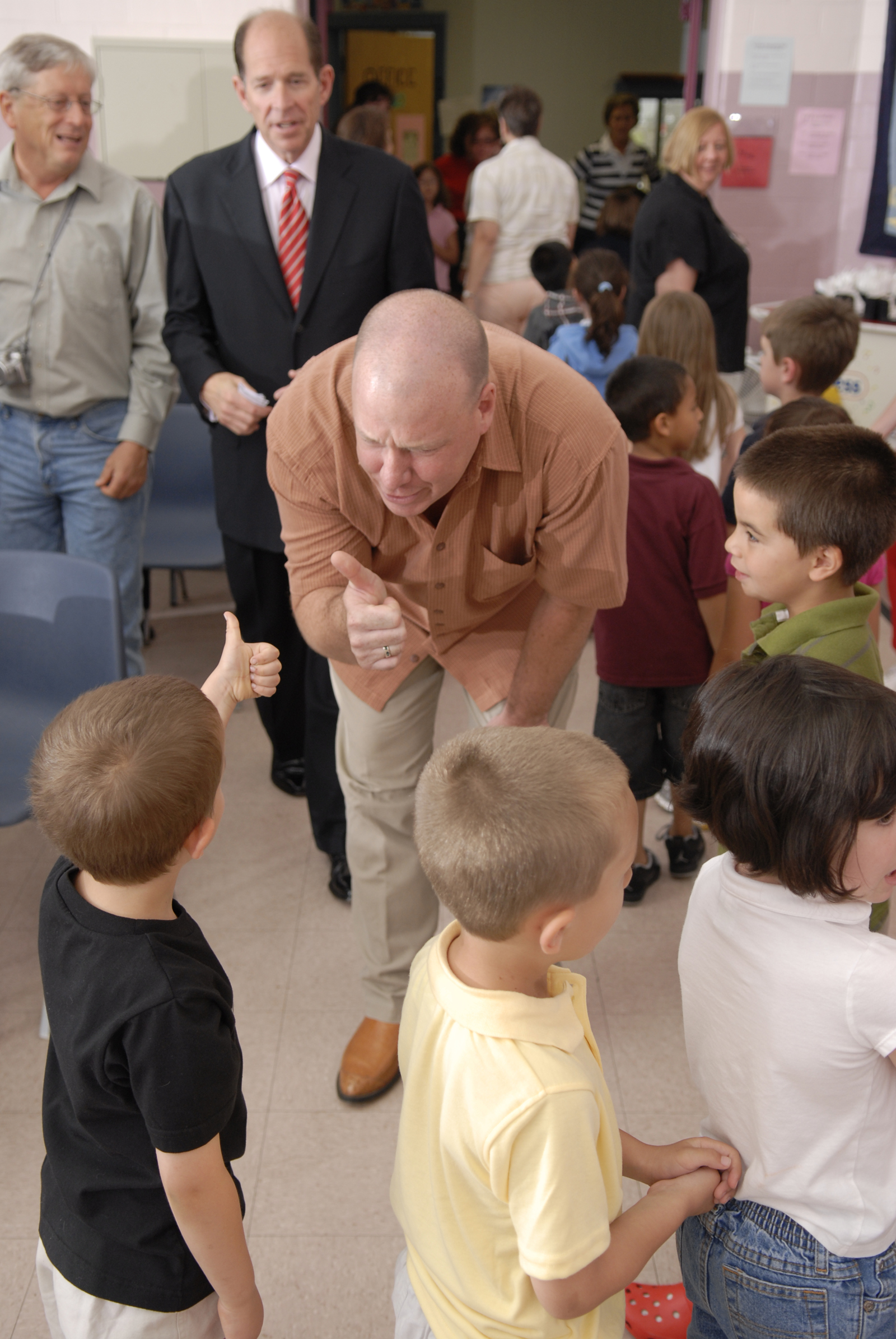